A group of men dressed in black and white runs into the temple yard, shouting loud. They carry a miniature temple (mikoshi) on their shoulders. It contains a figure of the Kawakami Gozen deity. According to the legend, it was precisely this goddess, who descended 1500 years ago from the mountains and taught local residents how to produce paper by hand. To commemorate this event, a personification of a good Kawakami Gozen deity reappears in Goka town and remains among the residents for three exceptional days a year.

This is the beginning of the paper festival, the only celebration of this kind in Japan.

The twilight slowly draws near. Lanterns lit up the temple and make it look like a magical house of a deity. 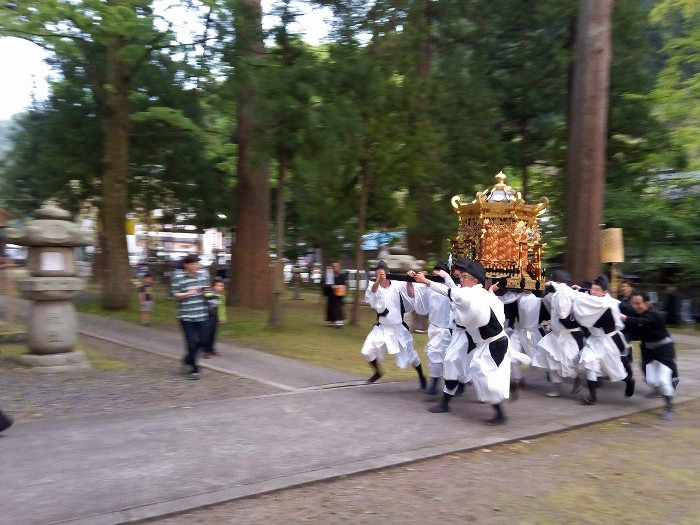 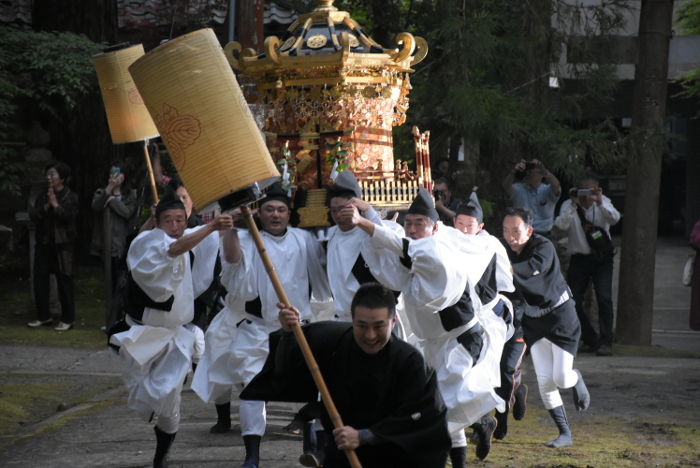 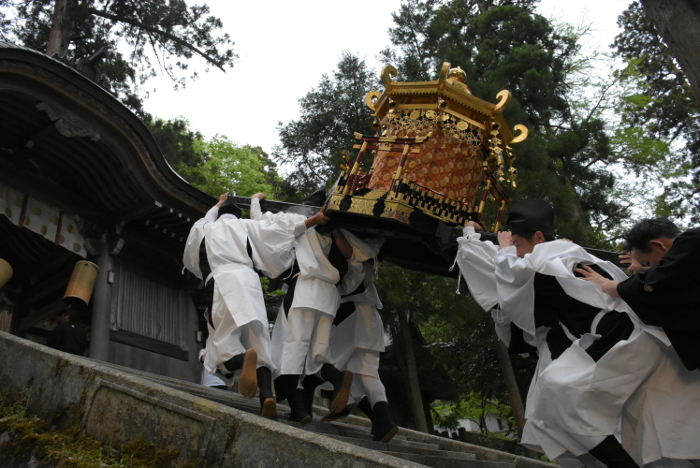 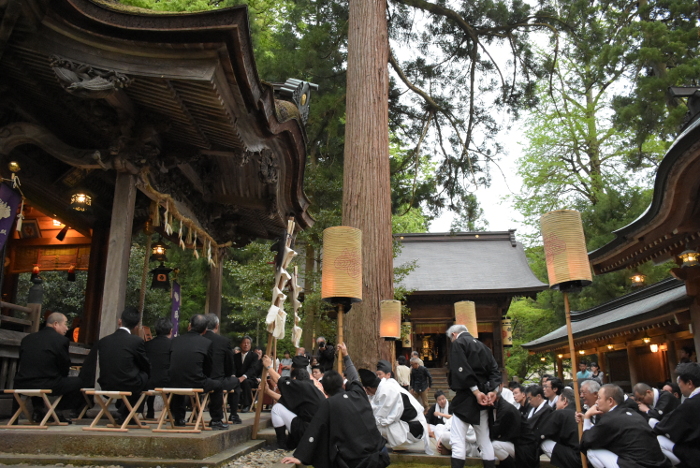 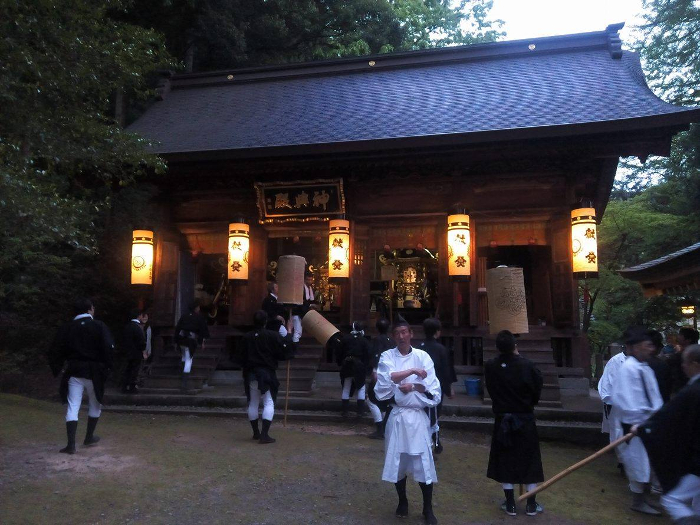 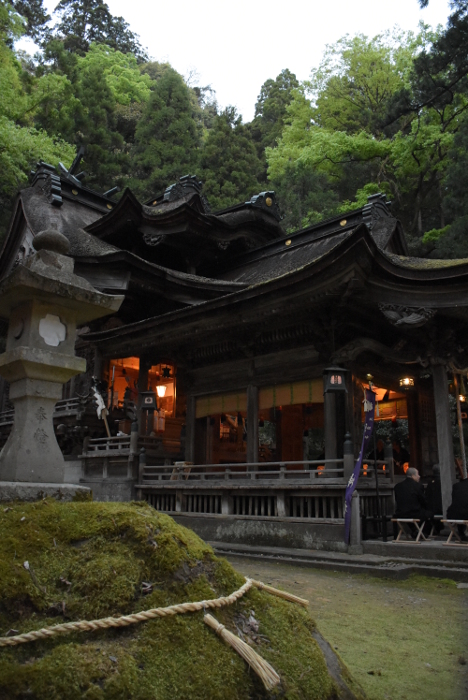 It is a warm morning and everything around heralds the approaching summer.

During the ceremony at the temple, the deity is offered fruits, fish, rice and … the Japanese washi paper.

Then there takes place a traditional Yunhana Kagur performance, which merges pantomime, dance and music. A girl, who personifies the Kawakami Gozen goddess, presents with studied and subtle gestures all subsequent stages of the washi paper production (Kami-Noh-Mai). A group of boys watches the demonstration carefully and then repeats all the gestures (Kami-Kagura), singing a song about making paper by hand.

The ceremony ends when all the attendants who arrived at the temple are sprinkled twice with water. First the boys, using bamboo leaves, sprinkle hot water ensuring to everyone happiness and good fortune (Yubayashi) and then the priest “blesses” the participants of the ceremony, who cleanse their bodies in order to hear the instructions of the deities (Yutate, according to shinto rituals).

The water is boiling in huge metal pots, which are considered treasures. Produced steam is a gift for both the spirits as well as the people. 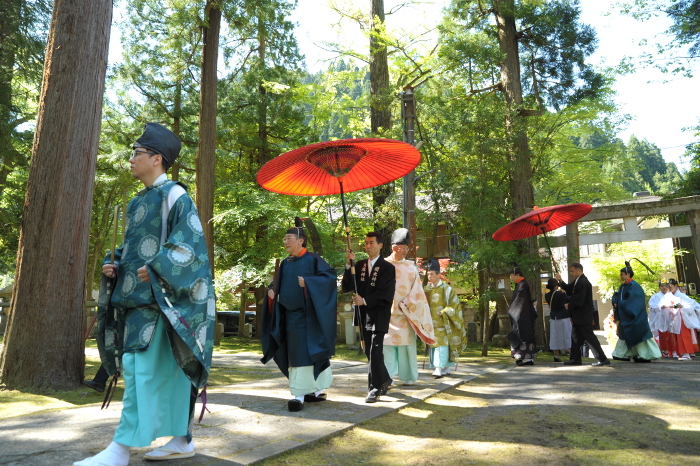 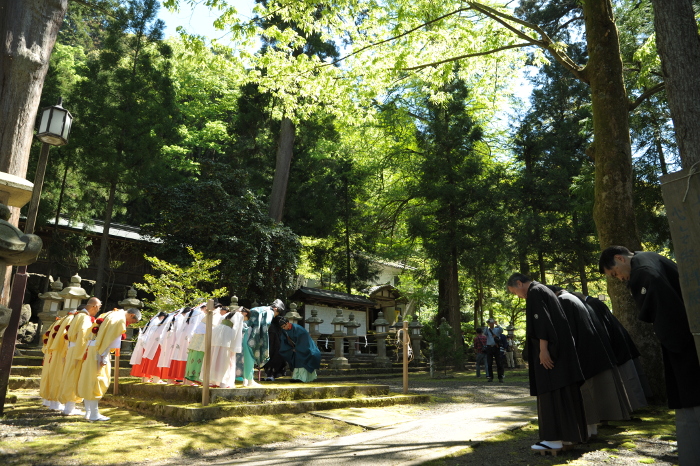 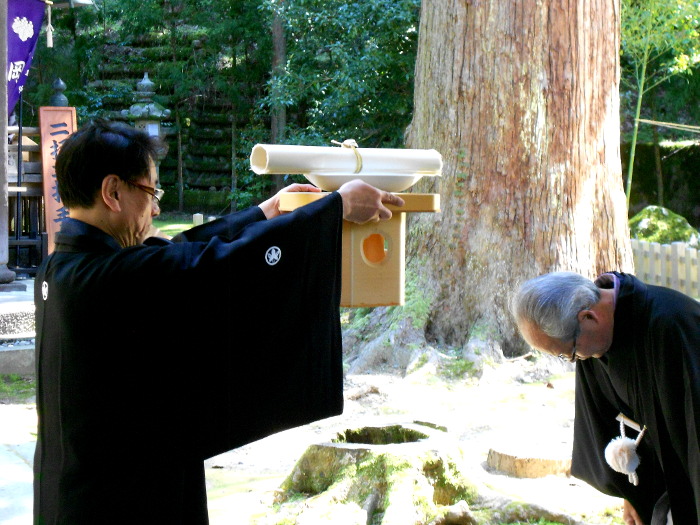 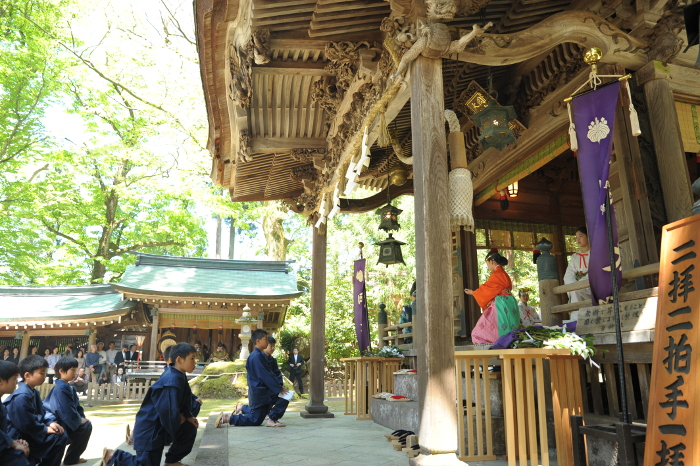 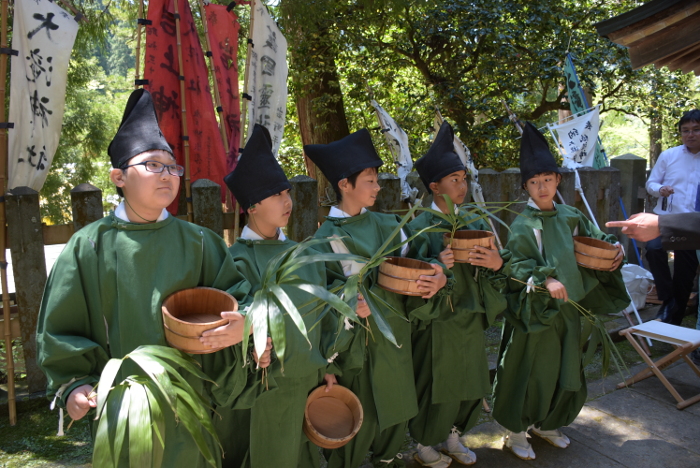 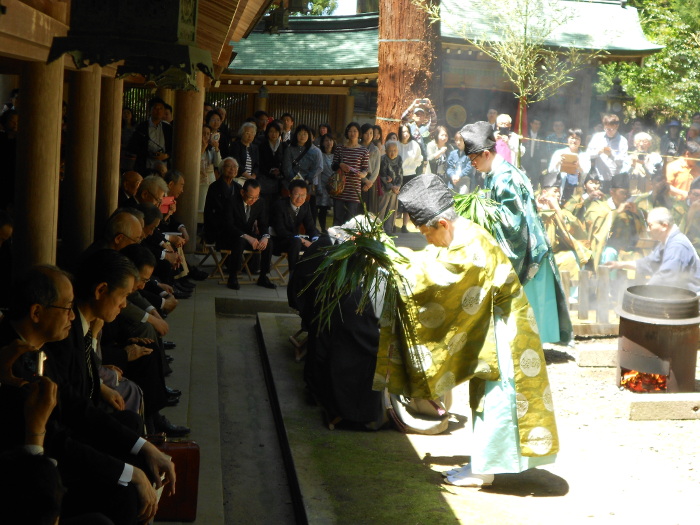 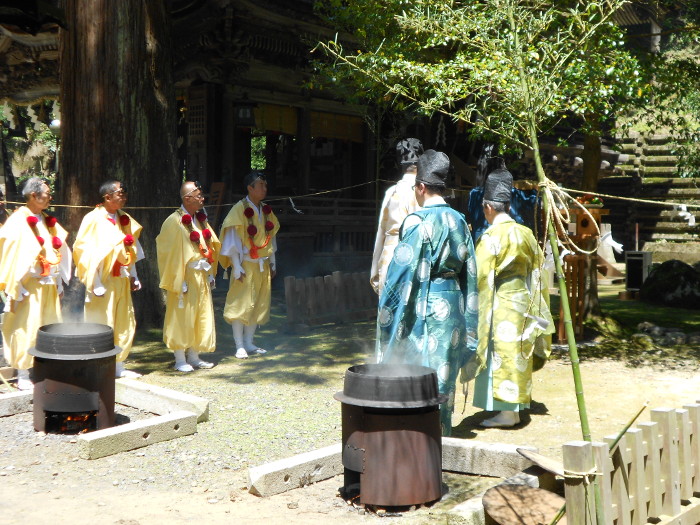 A group of men (kayo-choban) walks the streets of town carrying a miniature of the temple (mikoshi). They stop briefly to rest in front of the shrine. When they try to continue their journey to the next village, young local residents protest and try to keep the good spirit as long as possible in their town. The scuffle turns into a „battle”. From the cloud of dust, one can hear loud screams and arguments.

The last dance Urayasu no Mai takes place at the temple. It is accompanied by a traditional gagaku music. It marks the end of the festival. The miniature of the temple (mikoshi) with the figure of a deity should return to the shrine located high in the mountains, but once again, men start a loud fight trying to stop the procession and make Kawakami Gozen stay a while longer.

The goddess bids farewell to residents who hold lit lanterns. Everyone falls silent. 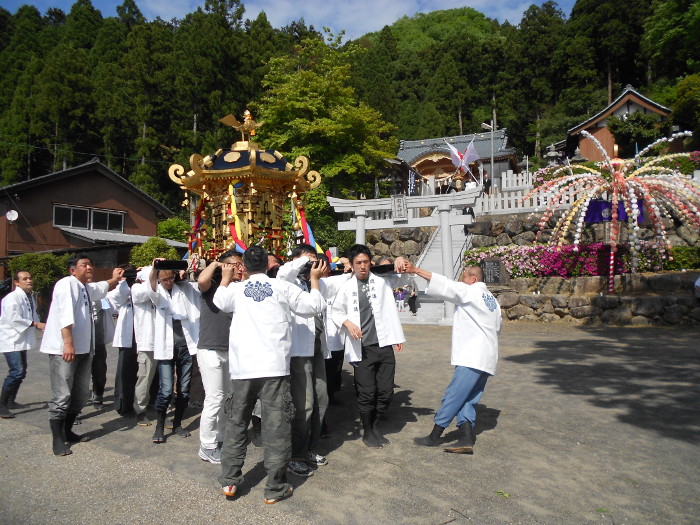 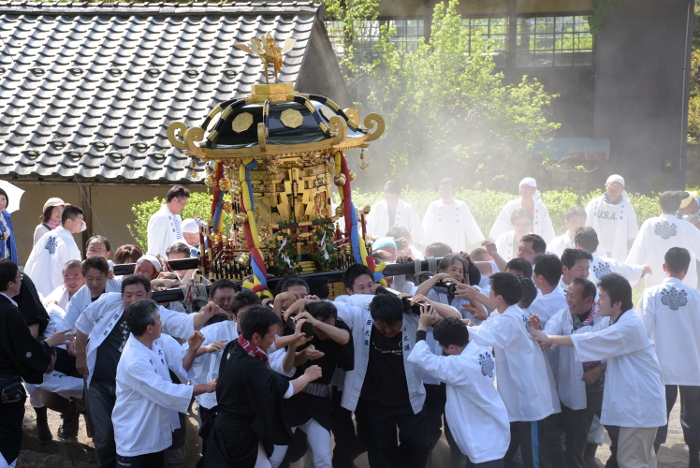 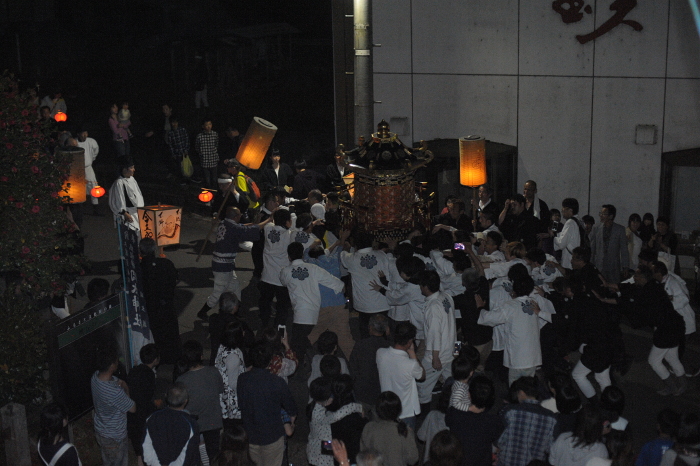 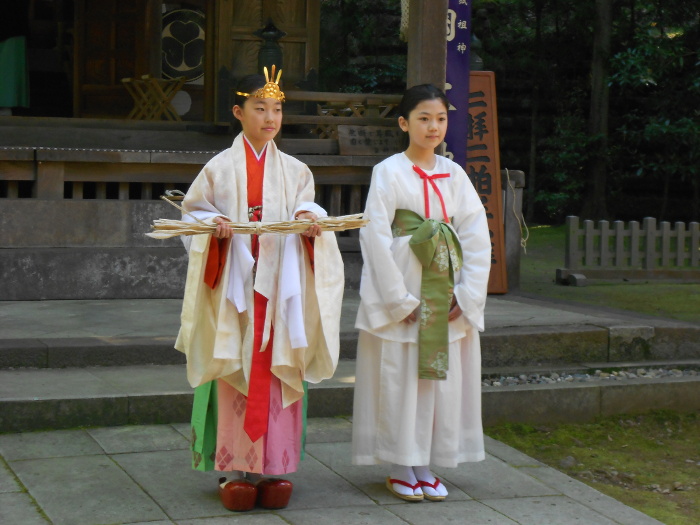 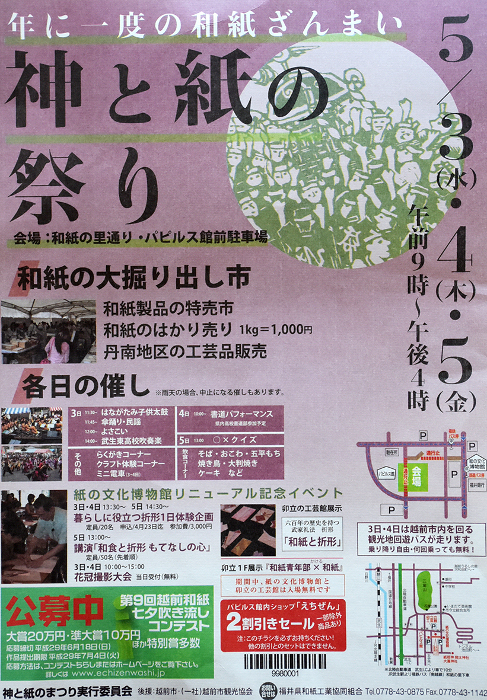