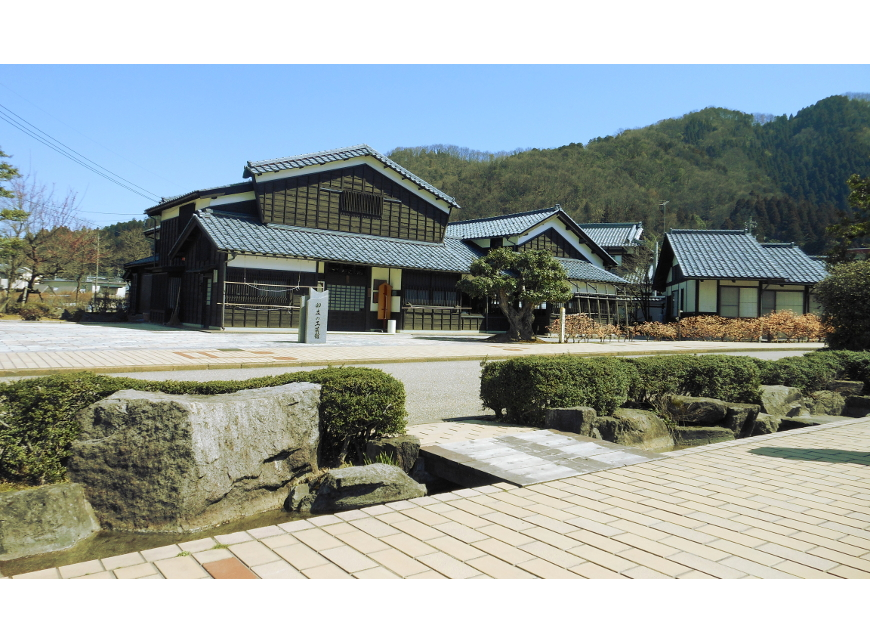 It is a town situated 160 km away from Kyoto (to the north, Fukui prefecture).

The name of Echizen was introduced in 2005, as a result of unification of a few urban agglomerations. Previously this place was known as Imadate.

It is one of the oldest Japanese regions manufacturing paper. The name of Echizen washi was found in the documents dating back to the VIIIth century. Since the XIVth century, it has been officially used by the emperor’s court and the samurai. It was used for the production of the first banknotes introduced in the XVIIth century.

Nowadays this region is exceptional for the reason of a number of workshops situated almost side by side. Along the river flowing down a picturesque hill there are single, family workshops that follow their ancestors’ traditions. The sound of steps echoed in the narrow streets is masked with the noise of water, because huge amounts of it are necessary at the individual stages of making washi. There is also the rattle of a mesh and sometimes a passer-by can get a glimpse of the workshops’ interior. From dusk till dawn more than 150 persons (some sources speak about as many as 300) produce paper by hand, following the footsteps of their ancestors. It is an extraordinary place in the modern world and it shows that tradition is still alive and has got its place even in the times of mass machine production and new trends in decoration.

In 1976, the Echizen washi was officially acknowledged as a traditional craft and the Echizen hosho paper kind became the selected intangible cultural property. One of the most renowned workshops is the atelier of Ichibei Iwano, who is the ninth generation of the paper-producing family and was awarded with a title of the Living National Treasure.

The heart of the town is a beautiful street along a narrow stream. At this street there are two museums – the Paper & Culture Museum and the Udatsu Paper & Craft Museum, an atelier where you can try your skills at making mould paper (Papyrus House), stores selling washi and restaurants. Visiting only these places will take at least one day.

You cannot miss the Okamoto Otaki Shrine! It is the only Japan-wide shrine devoted to the deity of paper (Kami-no Gozen). Its stunning wooden structure topped with a wavy, bark-lined roof, almost entirely covered in sculptures is truly breath-taking and allows feeling the spiritual aspect of washi.

Another important place is a beautiful park (Kakyo Koen). In spring its numerous sakura trees blossom and in autumn – its maple trees ensure colourful images. A narrow path goes up the hill, from the top of which you can see a great panorama of the town.

When you visit Echizen, you just have to „lose your way”. Among the hills, there are several little shrines, sometimes accompanied by historic cemeteries. You will also find beautiful old houses surrounded by gardens, rice fields, little local restaurants and stores.

Naturally, the most convenient way to roam the area is a bicycle.

The places listed above are only a few among those located close to the paper-producing village - Washi no sato. Another part of this agglomeration and the nearby villages are the centre of the Japanese lacquer production (town of Sabae) or the ceramic and knives making facility (town of Takefu).

(how to get there, information about the museums, interesting places)