The name refers to a long-term tradition of this handicraft. But this word can be interpreted also slightly different:

In this interpretation, the number 1000 refers to an almost unlimited number of decorative patterns that appear on paper of this kind. 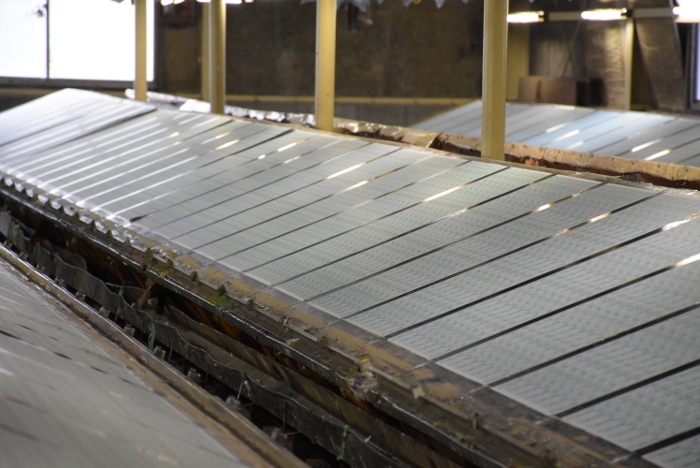 Chiyogami is one of the most decorative Japanese papers. Some sources indicate that they were known already 1700 years ago; however, the general approach is that their production started in the Edo period (1603-1868). Kyoto is said to be the place where the manufacturing of chiyogami initiated and the technology was transferred also to Edo (today’s Tokyo) only in the middle of the XVIIIth century. This century witnessed a fast development of the woodblock print technique, which allowed for a quick reproduction of patterns and thus contributed to the production of chiyogami in large quantities.

The woodblock print technique, used at first in production, consists in carving separate patterns in a piece of wood in such way that they create convex elements. Then they are covered with paint and impressed on paper – like a stamp. The mastery in this technique was to make a single image with the use of more than ten (sometimes even more) blocks. Usually a separate block was made for each colour and sometimes the so-called blind impression block was used, to create a delicate structure of paper without any dye. In the process of impressing on paper, each block had to be ideally matching the others, in order to prevent the displacement of the pattern.

Chiyogami paper was therefore created with the use of the same technique as the most famous works of ukiyo-e art. How similar these two works were can be confirmed by the fact that very often they were sold by the same traders.

In the XXth century, the wooden blocks were replaced with matrixes made from other materials. The paint in this technique was no longer impressed from hard surface, but it was put on paper in unobstructed places of the template. It is the process, which is considered to be the forefather of screen-printing, which was known in Japan long before it arrived in Europe.

Nowadays the matrixes are made from a plastic mesh, but still, like in the case of wood blocks, a separate matrix must be made for each colour and the process is performed by hand. Today we have also available chiyogami type papers made with the use of machine printing. Nevertheless on our website there are only papers, which patterns are made with the use of traditional methods and thanks to it each print is slightly different and thus - unique. 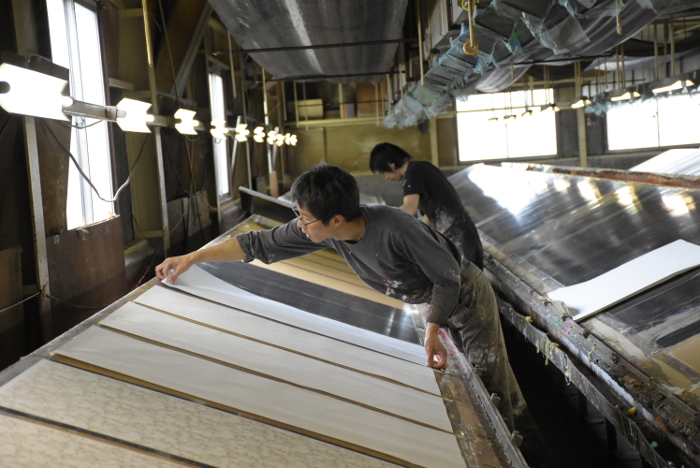 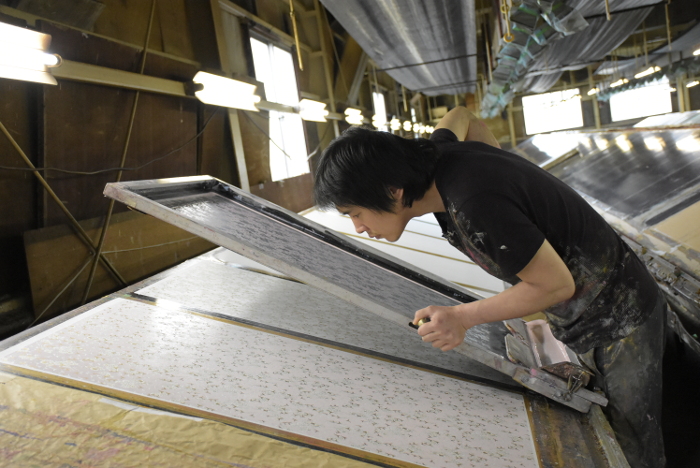 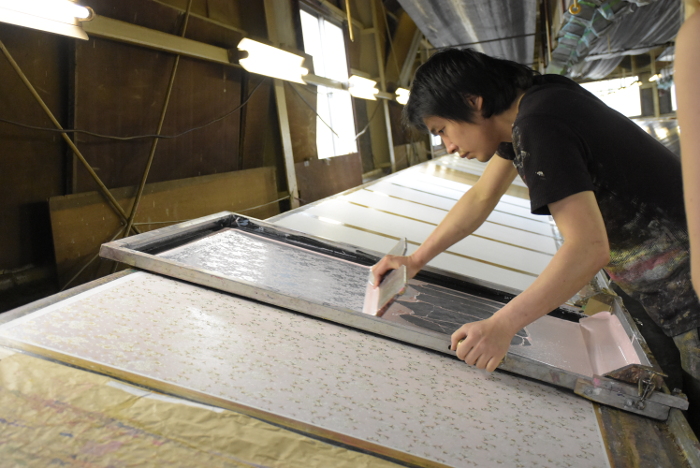 Patterns that appeared on paper followed the kimono decorations of the wealthy aristocracy and therefore, there are very often images that symbolise luck and reflect the beauty of nature and the world: cranes, cherry blossom, maple leaves, fans, pagoda temples. But there were also some abstract patterns, for instance the turtle shell. The process of dying fabrics assigned for clothes is called Yūzen (友禅染) and thus this sort of washi is sometimes described as yuzen. However the chiyogami term is used more often, in order to differentiate paper making from fabrics. The influence of the latter on paper is also visible in the application of metallic shades. As the most expensive and the most beautiful kimono were made with the use of golden and silver threads, the same colours also shine on washi.

The types of chiyogami papers are classified according to their origin: Kyoto Chiyogami and Edo Chiyogami (Edo is the initial name of Tokyo). At the beginning, the Kyoto chiyogami used to apply patterns reserved for aristocracy and focused mainly on images of birds and flowers. Under the influence of the other city residents, they soon expanded their selection of patterns. The Edo Chiyogami selection of patterns was much more adventurous and until today, both kinds -Kyoto and Edo - can be told apart thanks to applied colours and images. 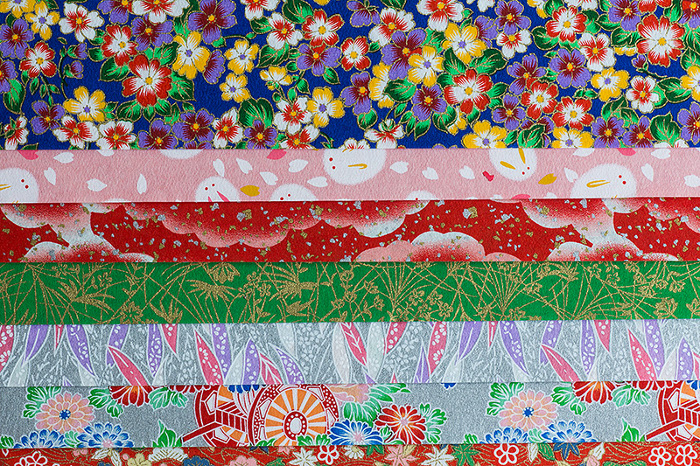 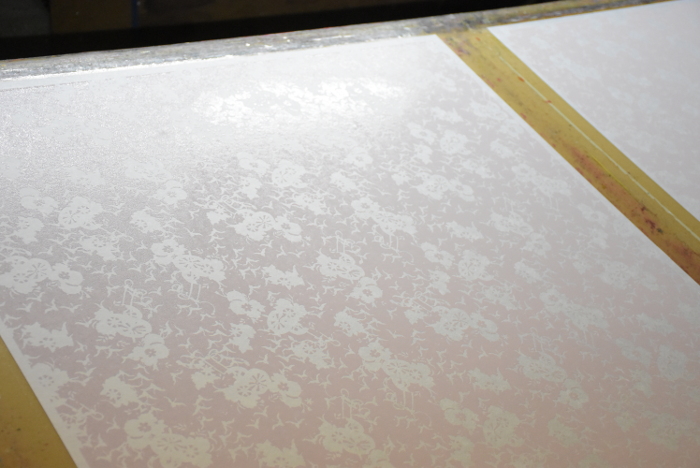 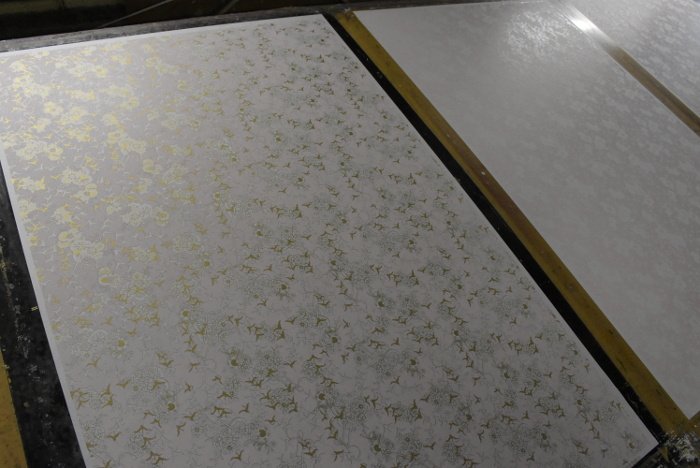 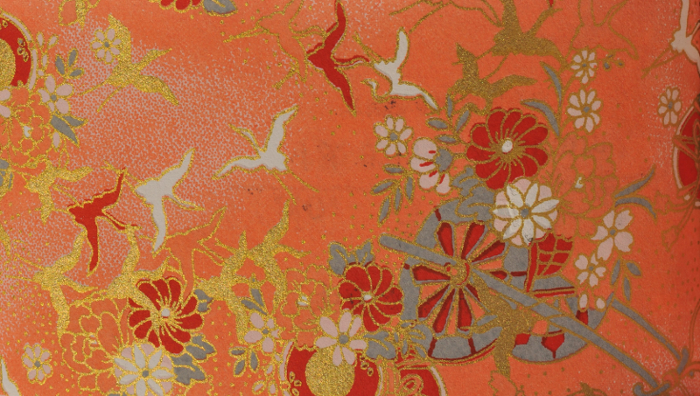 Initially chiyogami was reserved only for the court, where it was used for sophisticated packaging. This specialisation initiated another art – origami, as it is assumed that the technique of folding paper in three-dimensional shapes comes precisely from the creating of decorative packaging for gifts. Nowadays this paper is used in handicraft, for instance in book binding to make decorative covers, in jewellery to be a part of produced items and in the interior decoration – to make lamps, wall papers, paintings and partition walls. 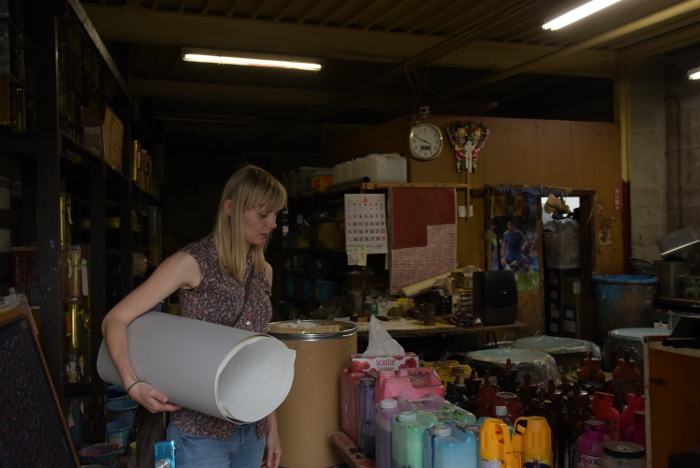